To Cornwall recently to re-visit the beloved Barbara Hepworth Museum (one of my favourite buildings) in St. Ives and the Penlee Gallery in Penzance, home to the beautiful talent of the Newlyn School artists. 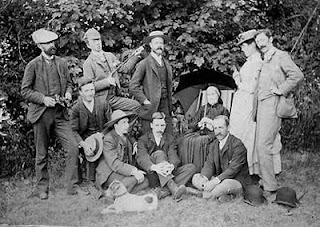 The Newlyn School Of Artists

The was once a great colony of immensely successful artists in Cornwall particularly around St. Ives - Hepworth, Ben Nicholson, Naum Gabo, etc - all thrown together from all corners of Europe during the Second World War, supporting and inspiring one another to bash out work at a seemingly alarming rate - working in close proximity to other creatives has always appeared to fuel inspiration in collectives throughout history.

My friend, the artist Blue Firth, and I were discussing how much of a challenge it is nowadays to be able to make art full time, be it music, painting, writing, sculpture, photography, film, macrame, whatever, particularly in a city where the cost of living and subsequently supporting such ventures rises from year to year.
I seem to know a plethora of artists, most of whom juggle increasingly intrusive day jobs in order to pay the rent. 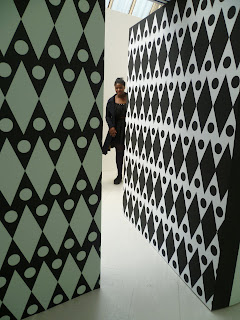 I often fantasize about having an inspiring place to go to where myself and other like mindeds could stand still for a bit and create things without becoming preoccupied with life's (particularly financial and practical) distractions. Distraction being nothing new of course - even Stanley Gardiner of the Newlyn school had to live in a shed during his stay in Cornwall as he didn't have a pot to piss in (paint ones not withstanding).

Of course, this could all be viewed as merely a stalling technique - you can make art wherever you are, whatever the circumstances, whatever the budget. If you want to enough, you adapt accordingly and often restrictions such as these force a more concentrated, and occasionally purer, form of creativity to pop out the other side.

Still, if anyone has an empty place by the sea they want me to look after...

Meanwhile, back to work with this...
'Noise' by Willis (Demo) by Willis
Posted by Willis at 08:37