I first met the performance artist Dickie Beau after I had watched him hanging off a ladder in East London whilst lip synching to some faintly pornographic dialogue, dressed only in a house coat and plaits.

I knew immediately that I wanted to work with him and, thankfully, he expressed a wish to do the same with me. But how...?
And so we embarked on a plot to come together - me, via my music, him through his performance and the two of us through the camera lens of the wonderful Rod Main, who I had happily worked with previously. More of that here... http://www.youtube.com/user/cripplecreekmusic?feature=watch

And thus was born the idea of Dickie as 'Fats' to my 'Corky' in an idea based on the 1978 classic thriller 'Magic'. Firstly, in the film for 'Happiness' and now, to accompany the new single, 'Love Isn't A Right'. Hello Schmucko indeed...

There is no-one who could have embodied the words of Molly Drake so beautifully and with such emotion. 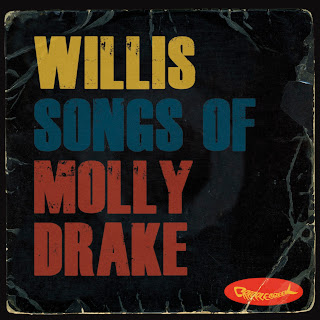 'Songs Of Molly Drake' has arrived and is available via download or limited edition CD - click here to buy!

A very happy project to work on, made possible with the blessing of Mrs. Drake's daughter Gabrielle, and the generosity and talent of the following contributors; 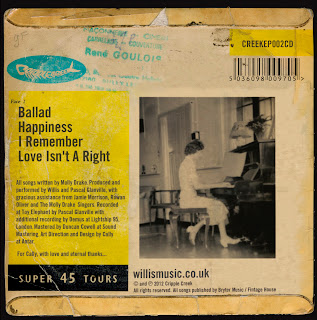 ...taken from the forthcoming EP, 'Songs Of Molly Drake'.
A film by Rod Main starring Willis and the performance artist Dickie Beau...

With The Finish Line In Sight...

(...a little inadvertent Olympic humour there...)

So the new Willis EP, 'Songs Of Molly Drake', is at last, finished and almost ready for it's social debut in London society.

I can't remember being more excited or proud of a project then I am with this. Molly Drake's melodies and lyrics have been a joy to arrange, sing and, occasionally, perform live - many long though happy hours were spent putting the project together which also included many long-term collaborators such as Demus and Rowan Oliver from as far back as my pre-Come Get Some days.

The wonderful drummer Jamie Morrison spent the day with us banging percussively on a wall at Ben Phillips' incredible studio, Lightship 95. I've never been able to say I've recorded on an actual ship before - now I can... 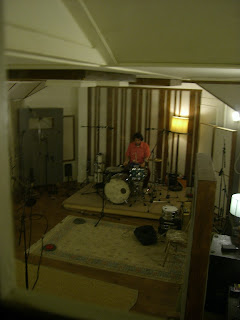 Rowan, with whom I've worked for many years, sent accordion, viola and musical saw parts back and forth via the power of technology.

We even assembled a make-shift choir from a gaggle of volunteers who were brave enough to put themselves forward for the task of singing on 'Ballad' once I had cajoled/seduced/bullied them in to it.... Even an integral piece of recording kit exploding 10 minutes prior to kick off and despite it being one of the wettest Tuesday evenings I can ever recall in May, it didn't dampen the gathering of 15 beautiful souls who took part at the recording at The Premises in Hackney. 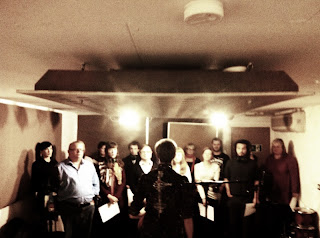 Even the unreasonable neighbour of Pascal's Toy Elephant Studio did not manage to throw spanners in said works by hammering on the floor during crucial parts of the recording process. The fact that we could, on other occasions hear her and her beau going at it a la Serge Gainsbourgh et Jane Birkin, hammer and tong-ing the night away, did not even prompt me to raise an eyebrow in her direction...perhaps it is the soothing power of Mrs Drake's material...

And now we are off to make a film to accompany it, directed by the lovely Rod Main and featuring the startlingly talented performance artist Dickie Beau - www.dickiebeau.com

The British Are Coming... 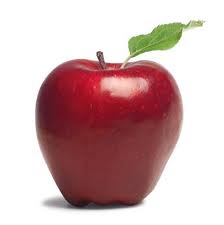 We are passing through NYC next week and will be playing two intimate shows at:

I can't believe how much fan support has been coming from the States - thank you and I hope you can come and see us! 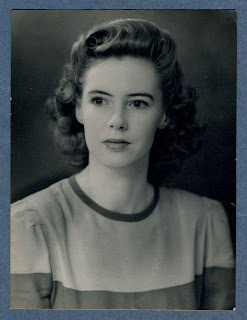 Her songs, rich in their emotion, profound and joyful in equal measure, were never meant for public consumption. Though Mrs. Drake was a wordsmith and pianist of some incredible talent, not to mention a sophisticated and accomplished poet (there is an additional booklet of some 45 poems included here), she was a private and humble woman, a family audience for her writings were enough for her and she showed no inclination to make her talent available on any public platform.
Though many of the songs and poems were written in places as far off as Burma and India during the 1930's and 40's, where Rodney Drake was employed overseas, these stories and reflections on a life couldn't be more relevant in their ability to convey touching emotion in the modern world. Fear and sorrow, love and death are not confined to specific periods of history and neither are they relegated to the experience of the few - perhaps this is why recordings of this caliber touch us so deeply, even in another place, in another age, people everywhere experience what we do.
It's easy to see how her influence permeated the music of her son, but it would be a mistake to think that Molly Drake's music and poetry are in any way a diluted versions of Nick's. This is the private work, (gratefully made public by her daughter, Gabrielle Drake, and Cally, the caretaker of Bryter Music) of a woman of immense musical craftsmanship, articulation, humour and grace.
Molly Drake needs no shadow to come out from under - here the limelight is all, deservedly, her own.
http://www.alimentation.cc/nick_drake/cds/molly-drake.html
N.B: I am, extremely excitedly, currently recording several of Molly Drake's songs for a new Willis EP.  Coming, very, very soon....
Posted by Willis at 11:14 49 comments

After 'Smokescreen' from Come Get Some was used in a US car ad during the recent Super Bowl, so many people have emailed to ask what it is that I'm actually singing.

The truth is I have never put the lyrics to my songs in my sleeve notes - not to be evasive or coy, but because I do not wish to shatter the illusion most people form of what they think the singer is saying and, therefore, what the song is 'about', as it were...

Once the song is out in the public domain, out in the open, it becomes something different entirely and almost belongs to someone else - it's not for me to tell you what the meaning of the song is or that you were wrong when you thought I sang 'believer' instead of 'retriever'.
I can be singing whatever you want me to and, equally it can mean whatever you'd like it to - I make you a gift of it.

Myself, I'm still recovering from the the fact that I thought we were 'perspiring' by the fire, as opposed to 'conspiring' by it in my beloved 'Winter Wonderland' (a song I am content to sing to myself all year round).
And it gave me no end of joy that my own dear mother convinced herself I sang 'You wanna fuck me?' instead of 'You find it funny?' in 'Get In The Ring' from the Uncle Treacle album. Who am I to correct her...?

When we get on to 'meaning' there lies even murkier waters. I once had a favourite poem which gave me great comfort and inspiration until I read a note on the author's website where she corrected and actually berated anyone who had got the wrong end of the stick and thought her words were symbolic of faith and hope in trying times. Crikey, you would've thought her work was being commandeered by the Hitler Youth the way she went on...
When it's out in the public domain, it is not (unless of course the Nazi party are involved) for you to tell people how to feel and think about your work and it's meaning - it can mean what it wants to whomsoever it wishes.

And that is surely the beauty of any kind of art? You take from it what you will.

But here, for those people who've been so supportive and said such nice things about 'Smokescreen', for one night only, are the lyrics.
Don't ask me what they mean. I haven't the foggiest...

Freedom, desire
What is written
What is read
The tongue burns with fire
Is there a difference between what we say
And what is said?


Well you can be without it every place that you turn
But can you do without it?
There's a lesson to learn